Inhaltsverzeichnis einblenden
Inhaltsverzeichnis ausblenden
The IEA-PVPS Task 14, led by Austria as Operating Agent, promotes the use of grid connected PV as an important source in electric power systems on a high penetration level where additional efforts may be necessary to integrate the dispersed generators in an optimum manner. In a number of case studies from the participating countries, the challenges and approaches in the field of distribution networks, system management and power electronics components were shown in an international context. The result being elaborate reports with targeted recommendations and required measures to significantly increase the share of photovoltaics in electricity grids.

Task 14 focuses on technical issues, including aspects of energy management, grid interaction and penetration in the local distribution grid and central PV generation scenarios. One focus is on multifunctional inverters, which act as an intelligent interface between the generator and the electrical grid. Modelling and simulation methods are used to evaluate the technical solutions developed.

AIT as the Austrian representative coordinates the entire project and is also responsible for the topic " Smart Power Converters for high-penetration PV and Smart Grids". The aim is the analysis of technological aspects of modern PV inverters with multifunctional functionalities, the development of technical requirements and standards, and the discussion of system integration aspects regarding the possibilities of power electronics and communication technologies for a successful high penetration of the grid with electricity from photovoltaics.

Within Task 14, among other things, the development of grid interconnection requirements of PV was continuously examined. It has been shown that in many countries the use of grid supporting functions of PV inverters is difficult to implement due to inadequate framework conditions or a lack of appropriate definitions.

On the basis of this analysis, the compatibility of the current framework conditions with future scenarios of a high penetration of PV was evaluated and recommendations for the design of interconnection requirements for decentralised generation plants and power converters for photovoltaics were developed. 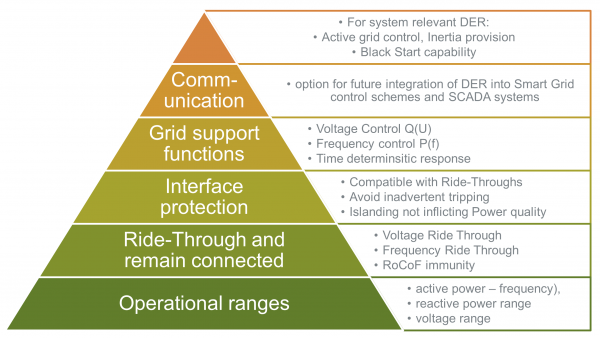 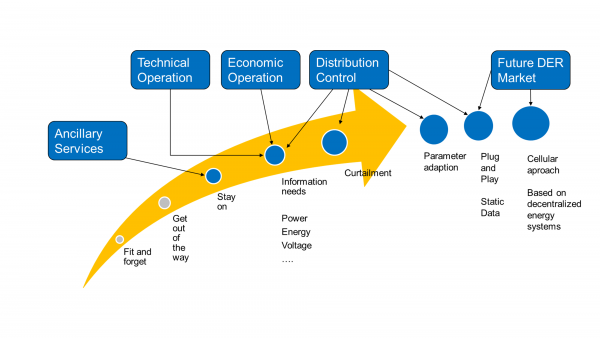