Inhaltsverzeichnis einblenden
Inhaltsverzeichnis ausblenden
The winning project "Pallet House" of the EU-wide competition GAU:DI in 2007 consists of 800 (used) pallets. It has been exhibited in a scale 1:1 at the Biennale in Venice 2008 and has been developed for mass production within this project. Therefore, two exemplary scenarios were developed: (temporary) construction at Vienna's Urban Lakeside in Aspern and the construction of a low-cost building in South Africa.

The "Pallet House" was developed by Gregor Pils and Claus Schnetzer while they were still studying at the Vienna University of Technology (teaching support by Karin Stieldorf). It shows all well-known advantages of wood construction plus an added value of sustainability due to the re-use of pallets.

It is made of 800 used pallets, which are thus conducted to a second phase of utilization. The pallets are joined to modules with the goal of a short construction time. The multi-layer construction offers enough interior space for installations, insulation and lighting.

The "Pallet House" is particularly suitable for temporary use at different locations. It is ecological, energy-efficient and cheap and can be reconstructed later in other locations with little expenditure. The "Pallet House" is designed to be prefabricated, multiplied and grouped to ensembles with village character.

Within the scope of this research project the "Pallet House" was developed further in detail and prepared for mass production. This includes static and building physics records, the 3-dimensional simulation of thermal bridges, and the calculation of the longtime heating demand (based on the climate in Vienna Aspern) as quality assurance standards of the passive house and the checking of its suitability for summer conditions.

As a basis for the implementation of the "Pallet House", the in-house technical concept including equipment and cost estimates were developed. Floor plans demonstrate the excellent suitability and adaptability for different uses.

As a result of the research project, the "Pallet House" has reached the required standard to be used in greater numbers e.g. scenario for a temporary use during construction in the "Seestadt Aspern".

The "Pallet House" for South Africa

In a second step a new, wood-efficient type in barrel shape was designed for the site in South Africa and built 1:1 on the ground - insulated with straw, filled in with clay and adjusted to the climate with a sheet metal cover.

The local population of the township south of Johannesburg (South Africa) and the students of Ithuba Skills College were integrated into the construction process. Construction costs, affordability and the dissemination of the know-how necessary for such a building process were a major concern.

The demonstration project has already been officially opened and put into operation during the project period. For this building type and location again all records were created (static, physics, heating demand, summer conditions). Construction and completion were very well documented by photos and film. These are part of the project report.

The "Pallet House" for the "Inter-use"-Concept in "Seestadt Aspern"

The basic situation of the social-scientific and spatial planning oriented research within the project is marked by the multi-layered process of the urban development in the "Seestadt Aspern", which requires new forms of "inter-use" during the construction phase of the quarter.

Urban development can be characterized as a social and a social process where urban settlements, living and working patterns are made by different actors. In this production process of urban developement innovative forms of urban management play an essential role.

Contributions of heterogeneous social groups can be steered and presented. The new model of urban management, which will be provided by the project all around the "Pallet House", places special emphasis on the creation processes, participation and appropriation processes of the future inhabitants and other social groups.

Besides, the "Pallet House" as a place and space of this model of urban management is conceived as an interface which mediates between places and spaces, between social action and social groups, between existing and joining urban accommodations and the new urban planning area as well as between technical and content subjects of urban development. The social-scientific methodology is based on urban basic research with analysis of documents within the meaning of "desk-top research", an Internet survey of stakeholders and intensive interviews with experts in urban development in Vienna.

The findings and recommendations of the urban sociological part of the research project are in the sharpening of the positions of the different interests of the actors in the inter-use of the "Pallet House", to develop new innovative forms of town management in the "Seestadt Aspern". As a result of the urban sociological analysis, the "Pallet House" can play a central role in the urban development process of "Seestadt Aspern", if

The results of the research project show that the object "Pallet House" is both - a material and social space that can arise from the impetus to urban development.

As an implementation of results the "inter-use-concept" for Aspern is clearly presented in a site plan / map. The proposed uses finally were vividly described in words and pictures. 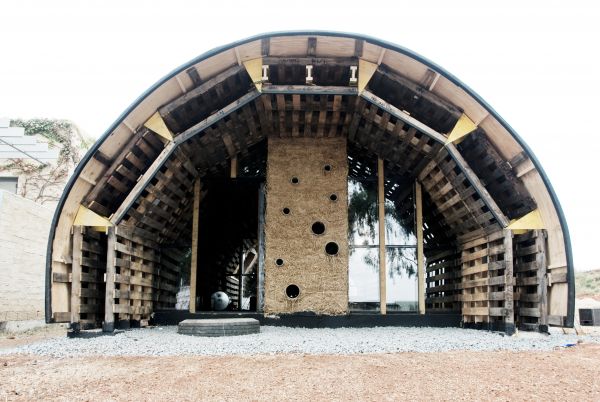 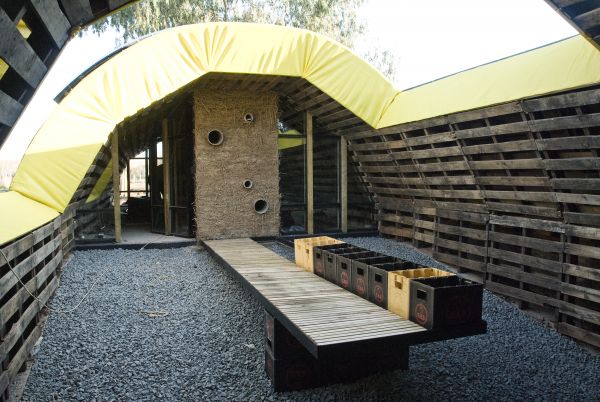 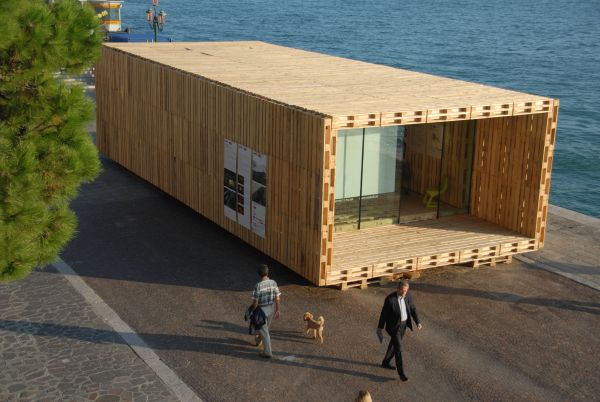 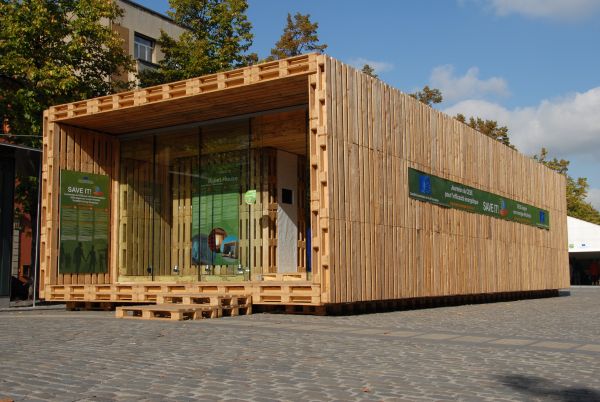 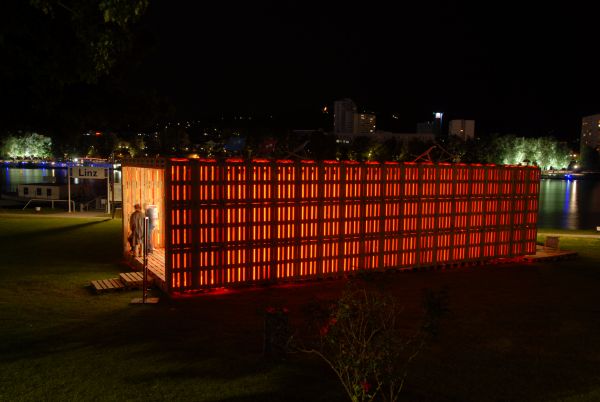